It is possible that da Vinci got inspired by observing the development of instrumental music. Being involved also with music too, Leonardo presumably wanted to create a universal instrument, or even a perfect one which would combine sound qualities of violas (da gamba, or da braccio) with the possibility of producing a polyphonic texture with the keyboard. It would produce a continuous sound like the organs, but with the possibility of modulating the sound and dynamics, or vibrato effect like the stringed instruments. An instrument like this,with an extended scale, would be able to replace the entire string section however he never built it himself.

Da Vinci’s concept was based on an early form of hurdygurdy, popular in 12th and 13th c. Leonardo’s drawings do not present just one instrument, but according to Emanuel Winternitz, who had studied musical ideas of the genius artist, there are eight different designs. Thanks to these drawings you can see how the idea for the instrument was evolving, starting from its predecessor, the hurdy-gurdy. In Leonardo’s sketches the keyboard viola appeared in various forms, with the harpsichordlike shape being presumably the ultimate development stage.
Viola organista basically functions by pulling the instrument strings with the help of a string and keyboard mechanism towards the set of wheel-shaped bows, or a bow in the form of an endless belt with horsehair with some rosin rubbed in. The bows are propelled by a device that is connected to the pedal to be set in motion and make the strings vibrate. Thus is the sound produced. The keyboard mechanism can control dynamics, articulation and vibrato, and the movement speed of bows additionally increases dynamics and changes the colour of the sound.

The crucial point in the design of the viola organista, which distinguishes it from the hurdy-gurdy, is a string mechanism, devised by Leonardo himself. This device pulls the string towards the bow individually for each sound, without changing its pitch. Thanks to this solution continuous sound (without pauses), which is characteristic of hurdy-gurdy, can be avoided. It also allows to playing with both hands on the keyboard with varied articulation.
The first instrument of this type was built by Hans Heiden in Nuremberg in 1575. It came with a bow in the form of an endless belt and was called Geigenwerk. Did Heiden have access to Leonardo’s idea? It might have been possible. We know that Heiden’s instrument ended up in the hands of the Italian composer Orlando di Lasso, who was maestro di capella at the Prince’s court in Munich. There, another Italian, Leonardo’s Tuscan compatriot, composer and theorist of music Vincenzo Galilei (Galileo’s father) had an opportunity to play on Heiden’s instrument. Vincenzo Galilei briefly mentioned this instrument and, what is more, an earlier design of Italian origin. Maybe the comments from composers were the reason why Heiden built an improved version of the instrument. This time it was equipped with wheel-shaped bows and a very similar and equally ingenious string mechanism as the one from Leonardo’s drawings.

The description of Heiden’s instrument including its sound characteristics and musical properties was published in Michael Praetorius’s work ‘Syntagma Musicum’ in 1618. It was not the only instrument that had been built. The idea described by Praetorius inspired other builders. Interestingly, all constructors like Raymundo Truchado (Spain), Rutgerus Plenius (England),
Johann Hohlfeld (Germany), Traugott Wasianski (Prussia), Hermann Lichtenthal (Belgium), Jan Jarmusiewicz (Poland) and others who later appeared in the history of this instrument treated their designs as their own inventions and gave them different names: Geigenwerk, Clavier-gamba, Lyrichord, Bogenklavier, piano-viol, clavioline and many others. The idea kept recurring from time to time in various places in Europe, but every time it was a short-lived revival.
Why did almost all these instruments get lost? Why a feasible idea, in spite of several attempts, had never been approved by musical circles? Most probably we shall never find answers to these questions. 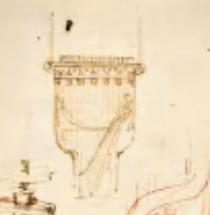 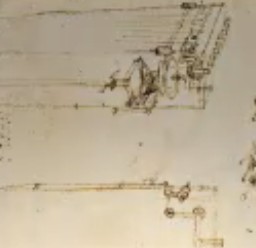